A friend of mine is beginning to crumble, and I think what is really crumbling is his faith.  The five stages are:

The first stage, denial and isolation, has been happening possibly for years.  Mine didn't last as long, but I definitely needed to isolate.  I needed to gather my thoughts, inspect the world, my life and my values.  I had to decide, with as little influence from others, where I stood in the world.  How I felt about myself, in light of what my father and our church had always told me about Hell.  Whether I could feel love, happiness, charity or any other emotion that Christians always said was theirs alone.

My friend displayed his isolation by removing himself from our typical after-work activities, which mostly include playing cards.  This was a passion of his and he was very skilled - but now has given it up, nearly completely, without any reason.

My friend has passed the second stage.  He is very good at suppressing and squashing his anger.  In private, I know how angry he is, even though he doesn't come out and say it out loud.  His actions speak louder than his words.  The anger came out when we were alone and in decisions he made.

After anger comes bargaining.  During this time, my friend tried to align his Christian values and the Christian teaching he received with a secular world-view.  My friend spent a lot of time trying to negotiate a truce with me - a truce that already existed.  He spent a lot of time trying to make sure that he could disagree and we cold still be friends - a proposition I was 100% behind and always had been.

My friend is now on the stage of depression.  He is starting to recognize the world as it is - a wicked, cruel place, ruled by stupid people who only care about themselves, their job, their profit, their personal desires and their rulership over their "flock".  This truly is the world we live in.  And, this world is depressing.

However, I have decided that since this world sucks, someone needs to do something.  What needs to be done is:  destroy everything that is dividing the world.  Remove the #1 reason for hatred, intolerance, prejudice, guilt and fear.  That reason is religion.

My friend hasn't made it that far.  I feel the need to pounce on the situation - to help him finish his deconversion.  However, the thing that is holding me back - is that is the exact thing a Christian would do.  Christians pounce on the poor, down-trodden, homeless, funerals and such.  What a wicked thing to do.

I hope later my friend understands.
Posted by Citizen Atheist at 6:56 PM No comments:

Suicide to go to heaven.

Here is a link to a story about a 9-year old who, after church, decides to kill himself so he can go to heaven. Why more Christians aren't doing this, I'm not sure.  All I can do is speculate that they don't really believe in heaven.


Posted by Citizen Atheist at 4:11 AM No comments:

Why I have this blog. 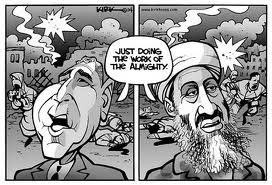 Christianity is evil, destructive and cruel.  I won't go into detail or discussion of each of the topics covered here, as this is meant to be succinct.  However, if requests come in for me to elaborate on any of these points, I will do so.

Here is why I seek the end of Christianity:

Read more »
Posted by Citizen Atheist at 4:24 AM No comments:

How I Became and Atheist 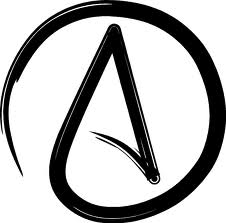 I have met several Atheists, but none of which were born to openly-Atheist parents.  Everyone I have met has a deconversion story.  So, here's mine.
Read more »
Posted by Citizen Atheist at 7:47 AM 2 comments:

I haven't researched the claims made by this movie, but if anyone can find fault with it - feel free to post.

Posted by Citizen Atheist at 7:04 PM No comments:

This argument comes up so often from Christians, that I thought it would be appropriate to cut this retort off here and now, and just to refer future indignant Christians to this post so I don't have to type my response over and over again.

That being said, lets examine this question:

Read more »
Posted by Citizen Atheist at 9:25 AM 9 comments:


If there were a God, none of these would be necessary.

I don't believe many Christians actually believe in God - but use Him as a tool, or sometimes a weapon.  They hope there's a God, but don't really believe.  Someone prove to me how I'm wrong.

Posted by Citizen Atheist at 4:50 AM 4 comments: